Human Intelligence: Is it Working?

Now we’re going to be taking a look at the topic of: Intelligence. Because, if you look at how we’re currently existing and the things that’s taking place in this world, it becomes important to ask of what value is our current version of ‘Intelligence’ that we are living.

As, intelligence has come to be viewed as something of value, that you must have to make it in the world and be successful, to the extent where as a child growing up the point of doing well in school is like the most prominent point, where there is this fear of ‘what if I don’t get good enough grades, how will I be able to survive and support myself effectively?’ And, so intelligence has become about survival within the current system, but when you look at how it is we’re living in this world, and how we are treating it, busy destroying it actually, it’s clear our ‘intelligence’ is not related to how best to live in this world and care for this world, and ourselves and all other beings that live here.

For all our intelligence, it has not resulted in a world where everyone lives a dignified life and no one suffers needlessly. We exist in a world where we are in conflict with one another as we have to compete with each other in this current system for our survival. As our intelligence has apparently evolved, our quality of living overall has not. Our ability to live in this world and care for it properly has not. We’re busy wreaking considerable havoc on this earth and all life on it, in total disregard of the fact that as we’re busy destroying our planet, so we are busy creating our own destruction. Can such behavior be called intelligent?

What’s missing here that has made our intelligence so ineffective? It’s because we’ve not approached Intelligence within the context of our relationship to all things in this world/reality. Thus our intelligence has lacked relevant starting point, in terms of what do we do with our intelligence, what do we use it for, how do we use it? Where it’s basically become the accumulation and application of information, yet without practical investigation of that information as to whether it can be applied in reality in a way that leads to the best possible outcome for all life here, or does it actually bring harm to life. 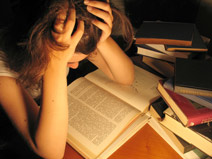 Intelligence has really become just a tool for survival in our current system, where our school systems function to sort out the most-intelligent from the least-intelligent, where if you do well in school, it does not show that you have effective reasoning skills, but that one can effectively take in the provided information without question and perform it accordingly. So our school systems are not actually supporting our children to develop effective intelligence as reasoning skills in the context of real effective living in this reality in totality, but simply to grade children in terms of their effectiveness to perform the available jobs in the system.

So what’s essentially missing within how we currently live ‘intelligence’ is the application of Common Sense, thus what’s required is to redefine how we live ‘Intelligence’ into ‘IntelliSENSE’ where we utilize knowledge and information in the context of what actually is supportive to life, which means getting a practical understanding of what is actually going on in reality and how this reality operates.

Recommended for Self Education on the current state of reality and how it is reality currently exists as it does with massive inequality and suffering taking place in the world:


The Century of the Self: Part 1- Happiness Machines
http://youtu.be/prTarrgvkjo 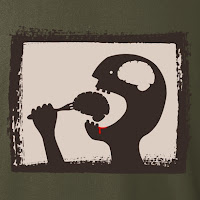 Thus, in blogs to come, we’ll take a further look at our relationship to Intelligence, to look at how to take intelligence as the valuing of knowledge and information and transform it into 'IntelliSense' as physical practical living value, to ensure that we make the most of our intelligence by utilizing it in such a way that will manifest the best world possible, so that we are using it to our benefit and not to our own destruction (as that wouldn’t be very intelligent!).

Is Calmness & Peace the Key to make you an Eternal Pure Being? 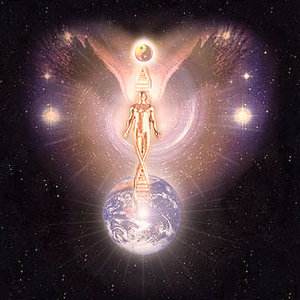 Here is a quote that I came across, that was under a category of quotes about 'the mind and consciousness':

"In full calmness and peace you experience the unchanging, eternal pure being that you are."

Hm. Sounds nice. But is there any substance to it? When we look at this quote from a common sense perspective, what this statement is suggesting is that you need to be in a state of 'calmness and peace' in order to 'experience yourself' as who you really are. Why then, do we allow most of the world's population to be in a situation that is anything but 'calmness and peace'? Where life is a day to day struggle to survive and make ends meet? How can we as humanity get to 'experience ourselves' as who we really are, when we are allowing war, starvation, rape, poverty, animal abuse, child abuse, etc. 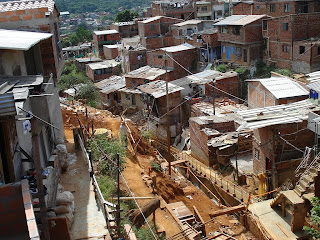 This quote is meant to be inspiring and impart some wisdom, basically 'lovely' words to make one 'feel good'. But obviously this can only work for those who have calmness and peace in their life - which is the few with enough money to have a comfortable existence, and thus what this quote means for those who do not have money, is that it's not going to be possible for you to get to 'experience' who you really are, as an 'eternal pure being', as when your life consists of struggling to survive, it's anything but calm and peaceful.

Since this quote doesn't consider that 'calmness and peace' is simply 'not available' to many enslaved within the current system, it doesn't actually make sense, as it's not based on common sense - that which is 'commonly sensed' by all. The whole is not considered, and thus this quote is in spite of the current state of reality and all beings within it. That which does not consider state of all of existence as all that is here, is not then actually relevant to existence, and thus just words spoken to engender an emotional/feeling 'experience', and doesn't actually apply to reality. What value does information have if it does not apply to actual reality, and does not take all things into consideration?

Does this quote not imply that we should be doing what it takes to ensure that all have the ability to have an existence free from unnecessary abuse and suffering? Obviously the state of existence is anything but calm and peaceful, and what this quote does not explain/consider is how to create peace and calmness? How to practically change reality to stop the suffering and abuse busy happening.  It's not mentioned that we are actually busy manifesting this world as a literal hell on earth, and that to change this, we have to change ourselves and our current accepted nature. That peace and calmness do not effectively exist in this world, it currently exist as temporary individual personal experiences as feelings/emotions experienced within oneself only that don't last - it doesn't exist as an actuality that is lived here in fact and experienced by all beings as the actual state of reality, constant, consistent and stable. 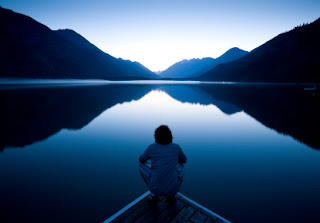 Because we as humanity are not living as calmness and peace as ourselves - we are accepting and allowing and manifesting the abuse that exists, because we've accepted it as our very nature, and thus it will not stop or change until we change ourselves to no longer accept and allow it. To actually manifest 'peace and calmness' as a real lived reality shared by all, we have to consider all beings and stop existing as self interest, within ideas that one simply need to be 'calm and peaceful' without considering the actual state of reality and the actual situations in which beings are existing.

This implies a new economic system that actually supports all beings rather than the current system which is based on lack and competition against one another, and thus manifests conflict. This is the point of the Equal Money System - a system where all are supported, and no lack would exist as everyone would have equal access to what one needs to exist and thrive here in physical reality, instead of only a few having access, while the vast majority has limited or no access.

Another point this quote has missed, is that we are not 'eternal pure beings' as who/what/how we currently exist. We have been and become anything but that. I mean, obviously, we die. We are definitely not eternal. And if we were 'pure' beings, we wouldn't then be manifesting hell on earth. I mean, that is not something 'pure' beings would do. Is this really the kind of world that 'pure' beings would manifest? With war, rape, murder, slavery, poverty? Obviously not. What would it actually take for us to be 'eternal pure beings'? We'd have to actually change who we are.  And this will take a process, as our current accepted nature we have programmed ourselves with has been programmed over time, and as such it will take time and deliberate application of oneself within changing oneself, which first requires a process of seeing & understanding oneself as how/who/what one actually exist. And obviously we don't know or understand ourselves and how our nature is preprogrammed, or we would realize that it's not as simple as just deciding to be a certain way, and then it's so.

In order for us to become 'eternal pure beings', living in calmness and peace, we'd have to actually live that as ourself. Thus we have to come to understand ourselves as who/how we are currently, to see where/how we're living in such a way that cannot not stand eternally. This means to stand stable as who you are in such a way that you could live it for eternity. Currently we're existing and living as polarities of right/wrong, good/bad, positive/negative, which generates conflict - thus we're anything but stable and constant, as we're continuously fluctuating between the positive and the negative. Thus all participation in polarities require to be stopped so that one can stand stable, here. The quote is actually supporting polarity because it's purpose is to give the reader a 'positive' feeling - it has no practical application. We have to stick to what's here, and what's practical, as feelings of positivity change nothing - they're only feelings that one experience within oneself. It's not who one actually is, within who and how they actually live and express in each and every moment, it's simply a feeling.

Thus have a look within oneself to see where one is participating only in feelings about/to/toward something and not considering practical application that can be done/lived/walked in reality, as it's how/what we actually apply and live that determines who we are and how we manifest this world. For support and assistance in stopping participation in polarities to become a stable, constant being here, and develop oneself into a self that can stand eternally, there is the Desteni I Process.
Posted by K Posey at 12:07 PM No comments: